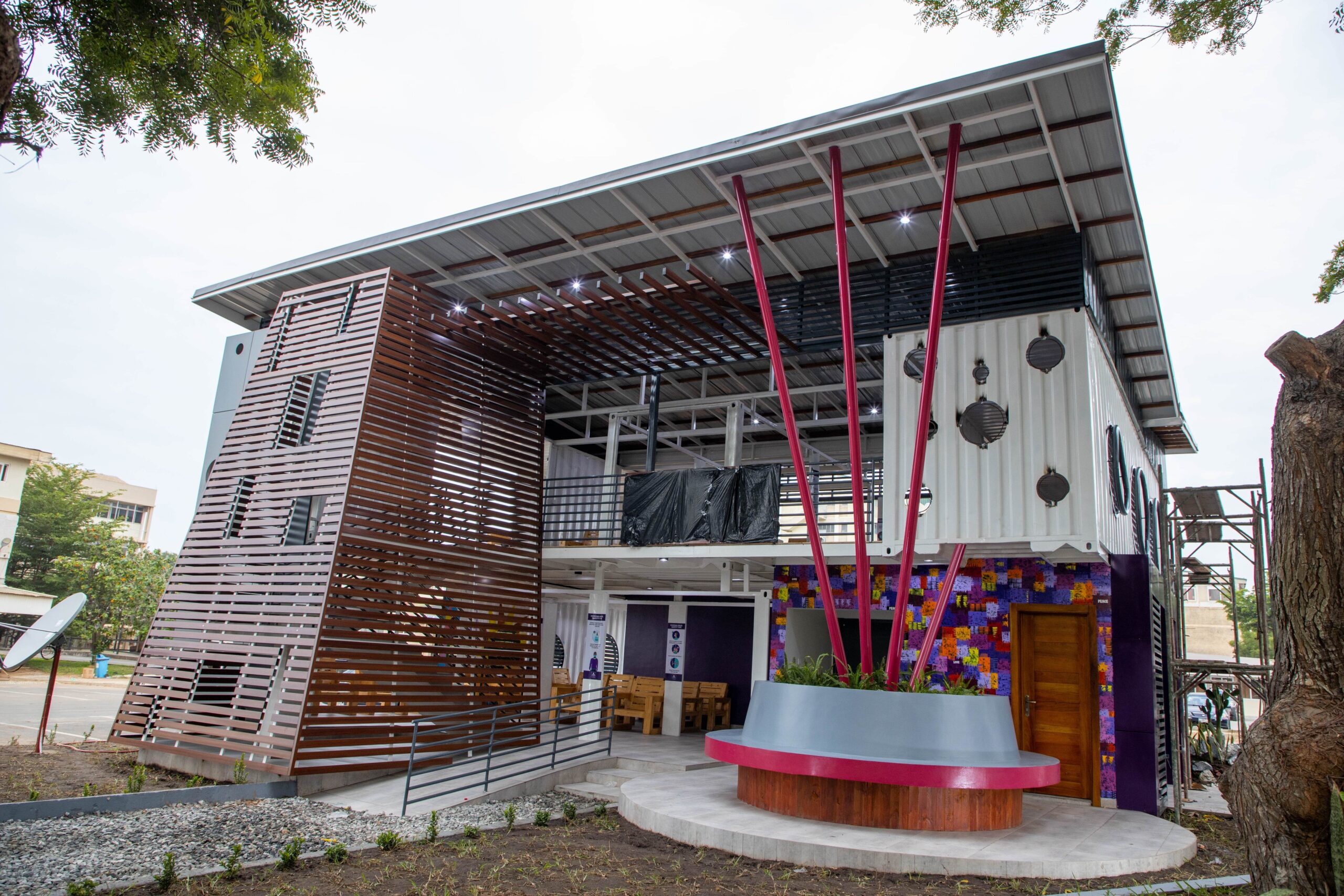 "The power of community to create health is far greater than any physician, clinic or hospital."
Mark Hyman Anyone who has ever been to a hospital in Ghana knows that waiting for long hours is an inevitable part of the experience. As drab as the experience could be, it is often coupled with the unpleasant cloud of distress and the stench of various antiseptics hanging in the air. Every consulting room call, every nurse that walks by leaves a trail of despair in their wake. It is very common to find long queues of expectant long-faced patients with only a handful of medical professionals attending to them. We have come to accept this as the standard social and professional norm. But what if we could find a way to make the waiting that comes with the hospital experience a bit more pleasurable and comfortable? This is the question that drove the first Atlantic Bank team to push for a new waiting area at the Children’s Department of the Korle-Bu Teaching Hospital as part of their corporate social responsibility. We at INCEPT ARCHITECTURAL CONSULT were commissioned to design a different form of visitors’ waiting shed that provided comfort and lifted the spirits of the people that visit the hospital.

In response to the client’s brief, which was fairly straightforward, we came up with the idea of using recycled shipping containers. The main desire of the client was to have an open waiting lounge designed to make use of natural ventilation as much as possible with some supporting spaces such as an ATM and washrooms. The design aimed at accommodating 150 people at full capacity with interior and shaded exterior seating. Our initial conceptual response was to use striking forms and colours, with beautifully designed landscaping elements that added a touch of sunshine to the gloom of a hospital’s ambience.

A steel frame superstructure system was employed as a result of our use of recycled shipping containers. For the substructure, a reinforced concrete slab atop a concrete strip foundation system was employed. The ground floor was constructed using a concrete post and beam system with iron reinforcement and some steel I-section columns at particular places. The goal was to channel the dead loads of the containers plus the live loads of the occupants through the steel and concrete reinforcement to the foundation.

How do we ensure longevity for a steel and iron structure with proximity to the sea? By minimizing direct exposure of the structure to the elements. Our solution was found in the use of an auto-base exterior paint coating for the container and the steel structural elements. Auto-base paints are engineered to withstand the harshest of climatic and environmental conditions.

A visually light butterfly roof hovers over the containers in a somewhat effortless manner being supported only by brightly painted red steel poles with the roof framing elements left exposed. At first glance one is greeted with a lot of visual stimuli though colour, texture and landscaping. All trees around the project site were intentionally left untouched to allow the building to blend into its context. Regardless of the striking colours and textures, the wooden elements blend easily into the surroundings. To maximize seating capacity and usability, outdoor furniture was creatively designed as part of the structure.

One major peculiarity this project had was the speed of construction, it took a total of 8 weeks to put up the structure. Proximity to the sea and its effects on metal was one obstacle we needed to clear from our path to prevent any future problems related to the longevity of the structure. As stated earlier we went in for a relatively more expensive type of exterior coating for the containers and the steel structural elements and applied two layers to effectively protect our project. Auto-base paint, the glossy coating almost all cars come with has been tested and proven to withstand the harshest of climatic conditions that would on a normal day destroy a heavily metallic object such as an automobile. It is expensive but effective, unconventional but reliable for a project such as this lounge. No financially savvy investor looking to minimize expenditure while maximizing profit would use such an exterior finish for a low return real estate project such as this. Considering our general attitude as a country towards maintenance, the sponsors, First Atlantic Bank were willing to pay the price for a structure that would ultimately stand the test of time and rise strongly in the face of harsh climatic conditions.

Another challenge encountered was high vehicular and human traffic in and around the construction zone. Korle-Bu is Ghana’s biggest hospital and West Africa’s number one referral hospital. One can only imagine the horde of patients trooping in and out of the premises. Due to this, major aspects of the construction needed to be done at night when traffic was low. The two huge 20-foot containers were hoisted in place at night to reduce the risk of accidents likely to be caused by the interruption of vehicles and people.